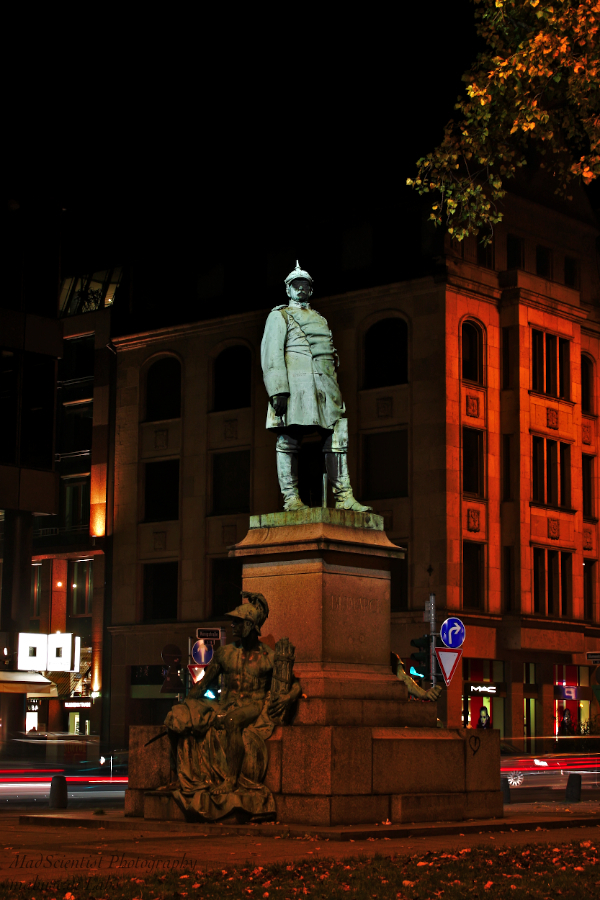 Posted by MadScientist (Düsseldorf, Germany) on 1 December 2008 in People & Portrait.

A word on the devastating assault at Mumbai: at least five BlackBerry devices were seized which the terrorists were using during the fights. According to a recent Fraunhofer study, BlackBerrys provide a secure information architecture, no wonder they are popular among managers for easy and secure communication. The same communication technique, however, helped these terrorists in having sort of feedback on their atrocities, thus establishing an amplifying terror feedback loop. Not just since 9/11 terrorists of the world try to get maximum world-wide attention: it's also the feedback mechanism of action, horror, and perception that keeps the terror going. Cutting off the flow of information could hamper their strategy. I know that inhibiting information seems impossible in our networked world, but balking their plans of immediate fear spreading the world by not letting the world know for a while seems to me a better strategy than live battle reports. It's a war of alertness and if we pay immediate attention to terrorist acts they will continue with one bloody action after another. What do you think?

A little disturbing since the Blackberry was invented in Canada and its only an hour drive from where I live. I had one when they first came out, a great device that is used from politicos to now by terrorists. The media (especially TV) and terrorism have an unholy bond one feeds off the other, How do you tell them all to stop broadcasting in such a competition which we must remember is a business first. Recently a CBC reporter was kidnapped in Afghanistan, the CBC and the rest of the canadian media self imposed a ban on the broadcast of her kidnapping. Her capture was not for ideological reasons, but ransom, her captors wanted to live for another day. in the end she was released.

@JoeB: Some German journalists recently started a discussion on 'civil journalism' and evaluated the popularity of Twitter that has increased during the attacks. They consider that a triumph for Twitter and alternate news channels provided by private people. I see this differently, as there is no quality guarantee for this type of information flow, additionally friends of the terrorists just can contribute and hamper the counter attack. Difficult story. As person in charge I would have switched off the juice of an embattled building, additionally jam cell phone connectivity. Just a proposition.

Nice urban photo, especially because of the contrast in coloured light.

@Alphons: There is indeed some kind of disco feeling. I was anyway planning a shot of this monument, but when I saw its green patina standing out from this reddish background, I immediately had to take this shot.

You're doing great night work. This guy could almost be an American Civil War General if it wasn't for the spike helmet.

I'm not quite prepared to accept the media narrative of events --there seem to be a lot of convenient conclusions made that benefit the powers-that-be. The communications narrative you mention just being one of them. I haven't been keeping up with the news, so perhaps my comments are out of date, but one report has it that the attackers were in communication with a foreign government. Of course, this report could be false. However, if we assume it is true, what are we then to believe? That for this one event, the US/British/European ability to monitor such communication failed? (Much like how all the CCTV cameras seem to fail simultaneously for various events, like when the British police murdered the subway rider from Argentina?) Perhaps such capability doesn't exist and it's all Western media hype? If that is the case, then the pretext we've used for numerous missile attacks evaporates.

The media narrative appears to be that Pakistan is behind the attack. Perhaps this is true. Then again, the media narrative for the recent game in Georgia seems to have been exactly backwards. It seems oddly coincidental to me that just when Pakistan is starting to really object to US violations of their sovereignty, they're suddenly fingered as orchestrating a terrorist attack against India; and in such a way that it would be impossible for them to hide their involvement. People do stupid things --true enough-- but it seems this stupidity is very convenient.

I guess you could say there is very little in our MSM I take at face value, and I see no reason to take anything the government says as true --of this, or any other country.

@Twelvebit: This guy was called Germany's 'Iron Chancellor'. Times did change a lot.

I've written the same to JoeB: Some German journalists recently started a discussion on 'civil journalism' and evaluated the popularity of Twitter that has increased during the attacks. They consider that a triumph for Twitter and alternate news channels provided by private people. I see this differently, as there is no quality guarantee for this type of information flow, additionally friends of the terrorists just can contribute and hamper the counter attack. Difficult story. As person in charge I would have switched off the juice of an embattled building, additionally jam cell phone connectivity. Just a proposition. The person in charge is responsible for the kidnapped people's lifes (as long as the mission lasts), so he should be responsible for the information flow too. The government will later tell a different story wither way.

He does stand out proudly against the dark background, a great night shot MS.

@MaryB: Thanks, Mary! Quite trendy colours, aren't they? :-)

Ultimately what I'm saying is that the reality is more complex than what is promoted in the media, and that a narrative is being promoted that serves a particular set of interests --consciously or not. Such a narrative may not be essentially untrue, though it is usually grossly oversimplified. On the other hand, it may well be essentially untrue, as it was in the case of the conflict between Georgia and Russia --promoted in our media as Russian aggression.

Part of the narrative here is particularly interesting because it highlights inconsistencies between Western political ideologies, and even internal inconsistencies in the US. For instance, significant numbers of people carry guns around here, but not in places like New York. Our police are heavily armed, though not so much in say, the UK. An attack like this is an argument supporting gun ownership here, something which would appear to be impossible in today's Europe. It's not at all clear to me how successful such an attack would be around where I live, or in Houston, or Dallas. Certainly there would be a lot more people around that are not defenseless. I would guess that in just about any hotel in Texas, there are quite a few guests that are armed. Ten guys attacking homes in my neighborhood might well find themselves outnumbered, if not outgunned.

@Twelvebit: I can't speak for other countries, but in Germany execution of power is subject to the executive authority, that means, the police. I'm not sure if I would like to leave the house if I knew that every lunatic could have a gun. Then there's the training: not everybody with a gun is a master gunman, so I think the battles would easily become even bloodier. Or is every gun man in Texas obligated to constant training?

Different states have different laws. To carry a concealed weapon in this state requires a license. I think you have to pass a marksmanship test for the license, but there is no subsequent training or testing. But then, I don't know about in Germany, but in this country, the standards for police marksmanship aren't much better (except perhaps for more elite law enforcement units like SWAT teams and the FBI). My son passed the required marksmanship test for cop after one afternoon of practice. I'd guess the typical civilian with a carry permit is MORE proficient than the typical cop, simply because people who tend to go to the trouble to get carry permits probably spend a lot of time shooting. If you expect the typical cop to be a good shot I think you'd find yourself sadly disappointed.

But that's concealed weapons --you don't need a permit in this state to have a rife or shotgun in your possession. I can legally carry a fully loaded assault rifle in my car (or shotgun) as long as it is visible (Texas Gun Laws). Supposedly, about 35% of the people in this state own guns. As you can see from this table, that's lower than the ownership rate in many other states (Gun Ownership). In the Northwest part of the US, the rates of gun ownership are in the 50-60% range. Something like 65 million people in this country own guns.

@Twelvebit: Very interesting numbers, indeed! I know from Switzerland, that people there are well equipped with rifles / shotguns; having a scattergun was also common in my region (countryside) up to the 1960s. In a vast country where it's easy to give others a wide berth I wouldn't mind, but living in an area with several millions of people and the corresponding social frictional heat make me feel better without guns. :-)

Great lighting on this image ms:-)

Beautiful night work ... I especially like the light on the building behind Bismark ... you've started quite an interesting debate, here ...

@Ron: Thanks. I found the green patina against the reddish background very appealing.
(This blog is my coffeetable book. Lots of pictures and here and then something to trip over... :-)