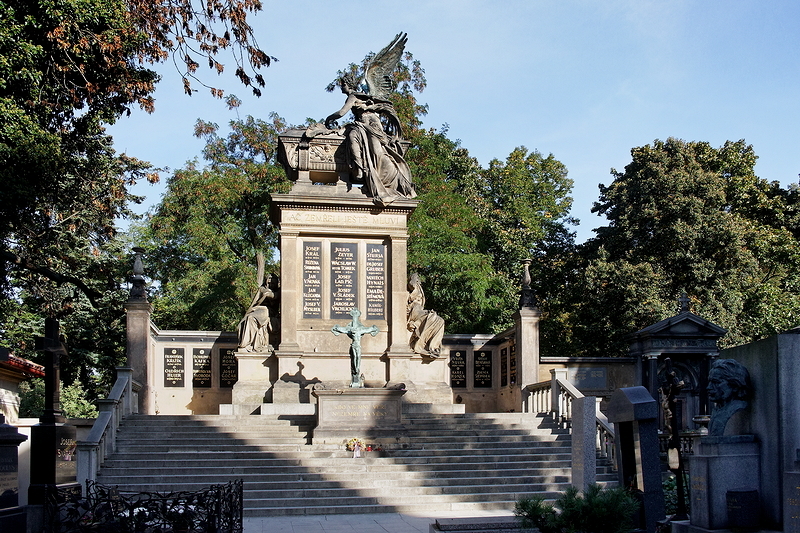 Posted by MadScientist (Düsseldorf, Germany) on 26 October 2011 in Lifestyle & Culture.

Family trouble made prince Vratislav II build Prague's second castle rock Vyšehrad. This is a legendary place: Libussa / Libuše, soothsayer and princess, lived here and predicted the founding of Prague and its castle. In the 10th century Vratislav tried to build up a counterbalance to his brother's residence on the castle rock, and most of the ingredients can be found in his design as well: a fortress, a residence, a cathedral, parks, and many other buildings. But fate was against this plan and if we think of Prague's castle we're thinking of the one in Hradčany, the castle district.

Vyšehrad changed its meaning, and today outstanding Czech people are honoured here. The site on the photo, the Slavín, is sort of a Czech Pantheon; more than 50 people are buried in the crypt of this monument.

The strong contrast between sunny and shady parts in this image almost drew me mad, a very challenging light situation. The built-in light meter completely failed.

I love the light and contrast. Draws the eye up to the statue.