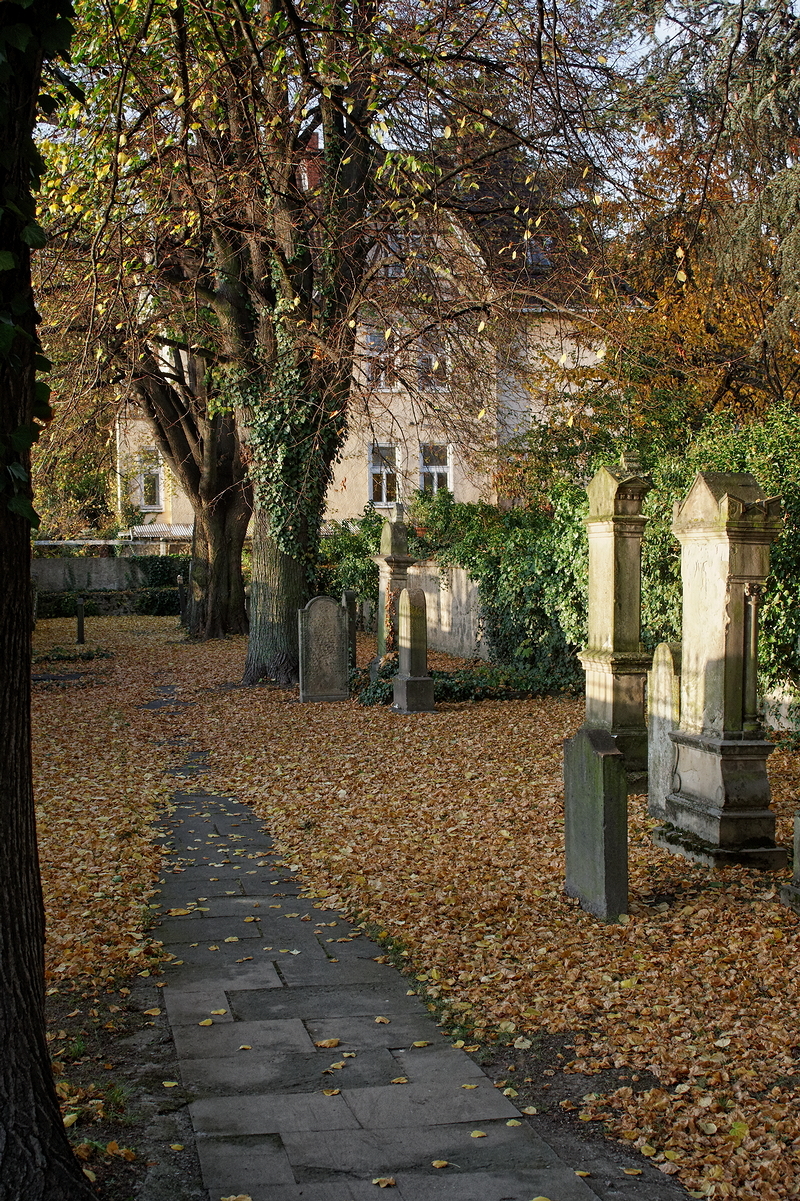 Posted by MadScientist (Düsseldorf, Germany) on 5 December 2011 in Lifestyle & Culture.

Reaching back into the 16th century, this small cemetery somehow survived the times. 80 gravestones are still preserved, bearing witness to Jewish history of the region. There were several attempts in the past to get rid of this cemetery, as it is located on the riverside with a nice view on the Rhine; the last attempt happened under the Nazi regime, when a big part was clipped, leaving the now L-shaped area. It is now under monument protection.

@MissT: Many thanks, MissT!

A beautiful place for rest

@Z: Seeing it intact after all that Nazi terror is kind of a miracle.

I find it touching how the cemetery integrates (now, there's a word) so perfectly with all around. Not so small after all.

@Ronnie 2¢: I would have entered it for a few more shots, but I didn't have a hat at hand.