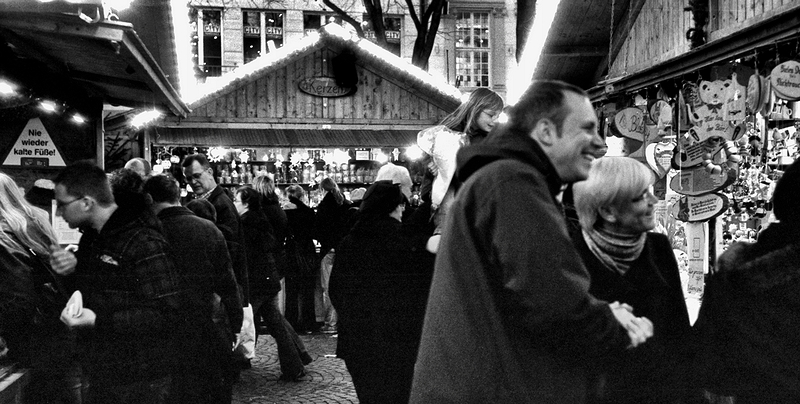 Posted by MadScientist (Düsseldorf, Germany) on 25 December 2011 in Documentary & Street.

This year it's a special one for some people, especially for our Federal President (our highest offices bearer), who recently became a talking point by some arguable dealings in his past. He will probably tell us a lot about honesty and credibility in his Christmas address. But peace and happiness at Christmas will make us forget everything. Obviously that's the plan. That might eventually work, as the whole country falls into a big sleep over the holidays.

(Image taken at Cologne Christmas Fair, some days ago. Taken on film with a Leica IIIf from '51.)

Everyone looks to be in a festive mood and some quite cheerful - almost as if you had it staged. (By the way, I clicked on the link that Ralf left you the other day. Muppets singing in German...that was fantastic!)