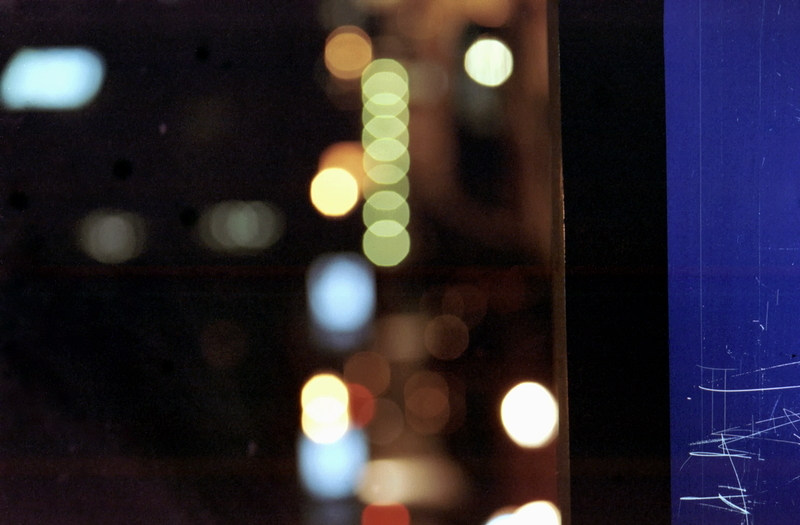 Posted by MadScientist (Düsseldorf, Germany) on 1 January 2012 in Abstract & Conceptual.

There should be more to life than just talking about the 'crisis'. I'd love to think and write 'hey, it's over, it's a world of possibilities!' - but I don't want to copy the forced optimism of our Mrs. Merkel. As I've written yesterday, the next year will be a rough one, who knows what we're going to see in the Euro zone, in the Middle East, and in the economic world, to name but a few.

I just checked last year's resolutions; except one (the last) I was pretty good in 2011. It was a challenging year, for me less than for many persons around me, who experienced bad health, a crashed marriage, or a broken relationship. It was an exhausting year as well, especially at work, which made me downright collapse last week and having a rather sleepy Christmas. Not being a workaholic at all, I realized that finding a better work/life balance will be one of my personal challenges for 2012 and beyond.

Now for the photography: I'm intending to take much larger photos than I did until now. 'Large' in a literal sense: next year I'm trying to do much more medium format, and, for the first time, large format. I'm now experienced enough to go that step further. All this will happen on film, I've understood how to develop B/W and colour photos, and the hybrid method (take on film, scan, process digitally) seems to be the royal road.

Another thing: image #1500 will be the last one I'm going to publish on this platform. A few days ago was my fourth anniversary of being here; four years of daily publishing a photo and being part of this great community has taken me on a long journey, and sometimes it was a hard ride, but it's slowly coming to an end here. Before delving into the reasons for this step I'd like to ask you: What is your experience here, were your expectations always fulfilled, and did you try different platforms? I'd love to hear your opinions.

Well, it is not even 7am after New Year here so my inner Blurriness / Sharpness settings are akilter and I may be misunderstanding but, if you have decided leaving AM3, I know we will miss you.

The fact that I hesitate to debate the rights or wrongs of your mission being on here likely answers your underlying question : this is a photo-site and folks will not be much moved to ponder the issues behind the pixels where the program will not support a continuous thread. On that basis alone, I'd understand you looking for a different platform where the structure may be tailored more favorably.

And, as to us, we designed O2S to fit the confines of AM3 so cannot possibly have any complaints !

Best Wishes to you Manfred.

@Ronnie 2¢: Happy New Year to you! I'm missing even more features (why can't we display our pictures at multiple resolutions?!), but what I'm missing most is dynamics. The overall pace here is very slow. You post something, get your comment, reply to it, and if the same user wants to reply to your answer, we're usually on day 2. For being a community site the aspect of speed in communication is neglected, in my opinion.

MS don't do it! Pull back now! Don't leave us!
Am3 may not be perfect and it may not be possible to post every day ( I can't ) but it's the best out there IMHO and a picture high-ground that sits above conflict, crisis and parochialism (that last bit of prose was just for you!)...look at all the countries we post from?
Hey, you've even got me wandering into churches with a camera!

And I would really miss it when you sound off!

@Ted: :-) Okay, okay, but I will have to change something. Maybe post seven pictures at once for the whole week or something similar. Am3 is a great community, no doubt. But what I'm missing (and I've written that in my reply to Ronnie's comment) is the dynamics of other platforms. Take Google for instance, which has become a photographer's heaven (with some minor flaws): within just a few months I was able to attract more than 3000 followers. I'm co-curating one of the many photographic themes (called SacredSunday), and the speed and easiness of both the platform and the rising communities are quite surprising. This makes sites like AM3 with their slowly developing groups and its technical restrictions look rather old-fashioned. Have a look at it, you'll find me here. ...and many thanks for your kind words!

This image looks little sentimental? :) As only being here for couple of months, I wonder if i have a good position to talk about 'this platform'. But Am3 provides the variety. That's the wonderful thing i get from here. :)

@Z: Am3 is an awesome platform without any doubt. People are friendly, communicative, and always encouraging (which is no self-evidence as I have seen on other platforms). As I have replied to Ted: some important features are simply missing, which would support the community approach and a more flexible handling of your content. When you compare the dynamics of Google and Am3 you will immediately see what I mean. Getting response from others and connecting to them is a matter of seconds; instant communities like photo themes (I'm curating one) is supported by the platform. Am3 is for publishing photos and giving comments, period. Everything else is coming from the people, but there are really good competitors in the field.

I too have had this thought - to move on. I have not done so yet because I enjoy talking to people from around the world. My only gripe is that I feel I never get an honest critique. I see the same "nice" words said on my photo that are said to the photos that look like my blind granny took. Now, no offense to the blind granny shots - everyone has to start at the beginning, I know what that is like. I have only been doing this for two years. But, even if I ask for a true critique, I do not get criticism. I can't believe that I am such a photography genius as to not have bad shots. Now I know I also just comment about the subject of the photo rather than technique, but I do on occasion give my true opinion on how I would change a shot. So with that said, I can see why you would leave, and will miss your comments when you go. If you find a new place where people are just dying to give a true critique, please send me an email.

@Christine Walsh: Getting constructive critique on your work is really difficult. Most people who don't like things won't comment at all, others are just polite and don't want to offend you. I'm rather active at Google and one user tried to establish a #critiquepls hashtag, but even if people ask for critiques this way, they often get very polite replies and nothing else. BUT: polite people are nice people. I've seen comments on a German photo forum where photos were downright pulled to pieces. Not nice. Or, take these 'like' and 'dislike' buttons at 500px.com: when somebody publishes one of these very colourful HDR images, usually the 'like' counter is going up quickly and the photo is presented on the platform's portfolio pages. A few hours later people who dislike HDR are pushing their buttons and the image disappears from the portfolio page. The first group won't tell you why it likes that photo, the latter one won't tell why it dislikes it. It's really difficult, especially on Internet sites. Maybe it's best to look for a local club where you can meet people who are willing to tell you what is okay and what isn't.