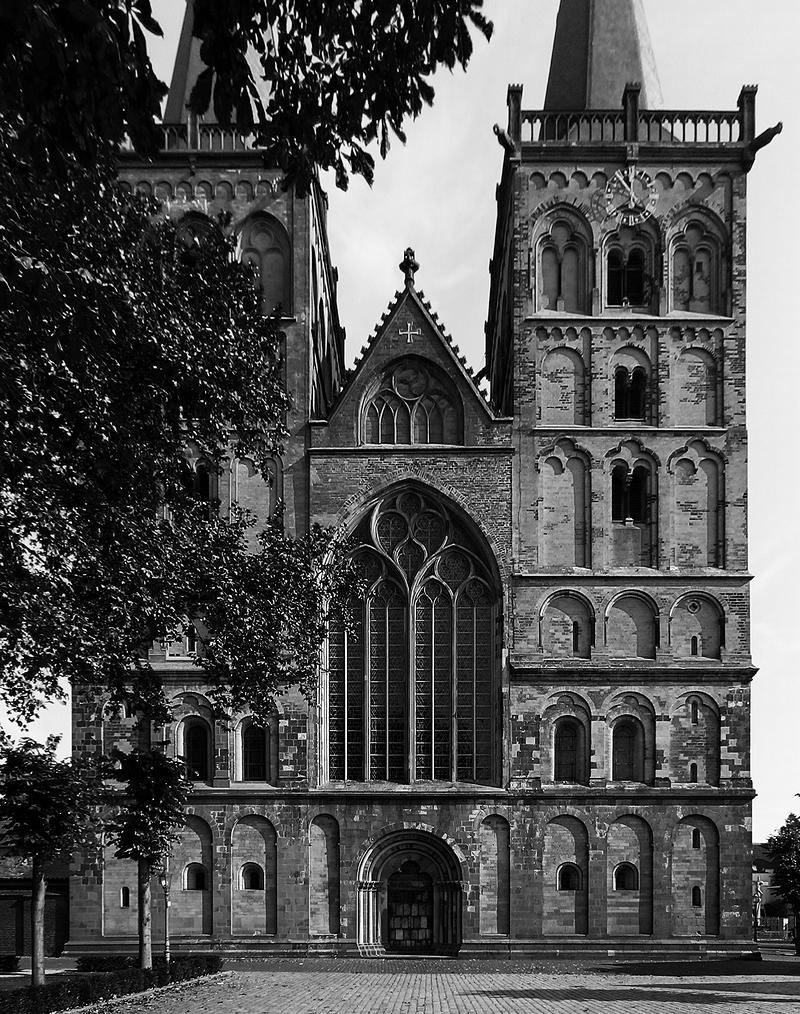 Posted by MadScientist (Düsseldorf, Germany) on 2 January 2012 in Architecture.

Some images don't give you any peace. I've taken this photo several years ago with my wide angle lens, capturing the whole church - St Victor's (Xanten) massive westwork - and a lot of its surroundings. My point of view was rather good, but that whole image was distorted in a way it was almost unusable. Yes, the converging lines. Today I would do different: I wouldn't use my wide angle lens (it's better for ceiling shots), but I would take a lot of photos with my normal lens and later stitch them together with some software. I'll try this next time, but until then this is my second best solution: omit the spires and carefully use that function where you draw a rectangle and then warp it. The conversion to B/W wasn't just for aesthetic reasons: by warping that aforementioned rectangle the upper part of the image is spread apart and filled with computed values. That doesn't look too awful, but the artefacts are notable. B/W makes it look a bit better.

With equipment/composition dilemmas like this I think we need to be even more brutal and slice off even the hint of the spires - what we do not see, we will not miss and it becomes a more satisfying image.

@Ronnie 2¢: I think you are right. I'm sometimes a bit too anxious when it comes to cropping.

I would try stitching, what happens if you move back ? Happy New Year.

@JoeB: Happy New Year, Joe! Hope everything is well! I was already at the very end of the square in front of that church. I've taken the complete church (including steeples), but the distortion was just too strong.