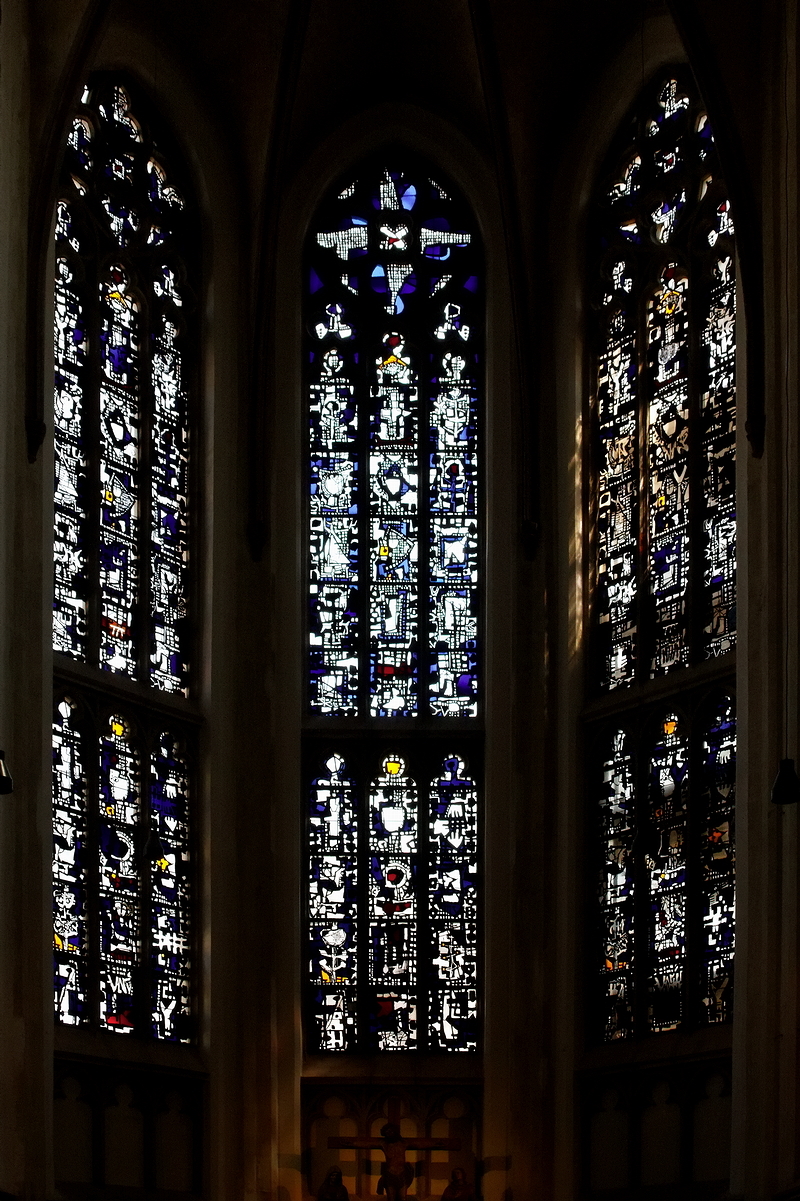 Posted by MadScientist (Düsseldorf, Germany) on 5 January 2012 in Art & Design.

The parish of this church (the former Assumption of Mary) moved a church further and started an experiment which already took place in other cities of the Lower Rhine region: the former parish church became a ‘city church’, dedicated to pastoral care and thus becoming a meeting place for non-regular churchgoers. It’s an attempt to regain a connection to people who lost contact to the church or who never had one.