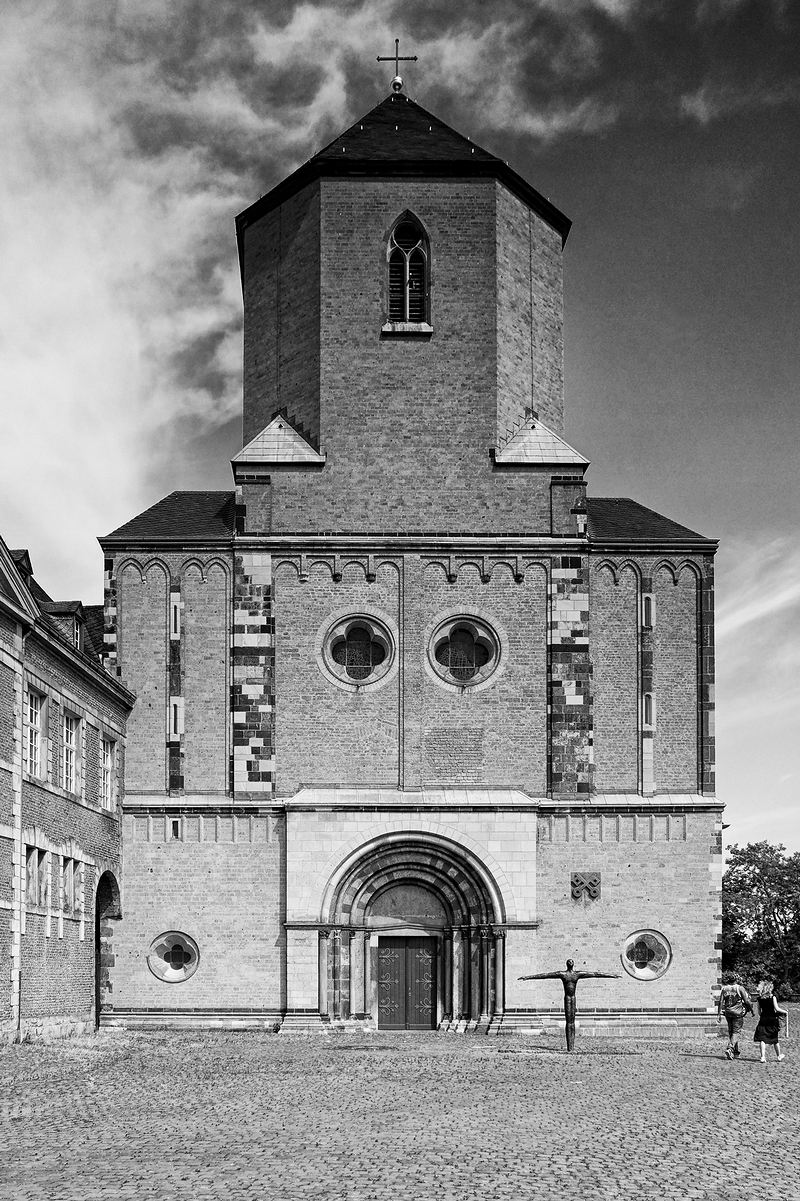 Posted by MadScientist (Düsseldorf, Germany) on 8 January 2012 in Architecture.

Not only Prague has a church dedicated to St Vitus: Mönchengladbach, the only big city in the Lower Rhine region, features this Romanesque gem, more than thousand years old, and with a building history spreading over several centuries. It is beautifully located on the Abteiberg ('abbey mountain', actually a hill amidst the city); first reports of its predecessor building are mentioned in a paper from the 11th century, mentioning a lord Baldur, who had built a church on that hill which was destroyed by the Hungarians in 954.

There is also a legendary report about its foundation, reporting that Gero, archbishop of Cologne traveled through the country, searching for a suitable place for founding an abbey. After he and his companions heard a bell ringing from within the hill and after discovering the relics from various saints (Vitus, Cornelius, Cyprianus and Barbara; all restored from the destroyed predecessor church), they decided to build St Vitus at this place. Gero was living from 900 - 976, so legend and real facts were nicely mixed together.

From Benedictine abbey to City Hall office of the mayor - how things change. Or, do they ?!

@Ronnie 2¢: An Indian historian, asked about the importance of the French Revolution, answered: "This question is coming too early."

The abbey is a gorgeous building! And your picture is really cool. Is it taken in the film?

@Z: No, this is a digital photo. I did the processing with Silver Efex Pro (NIK software tools). Good tool, give it a try.

@Ted: Thanks, Ted. It's quite amazing what you can do with a bit of software. See my reply to Z's comment.