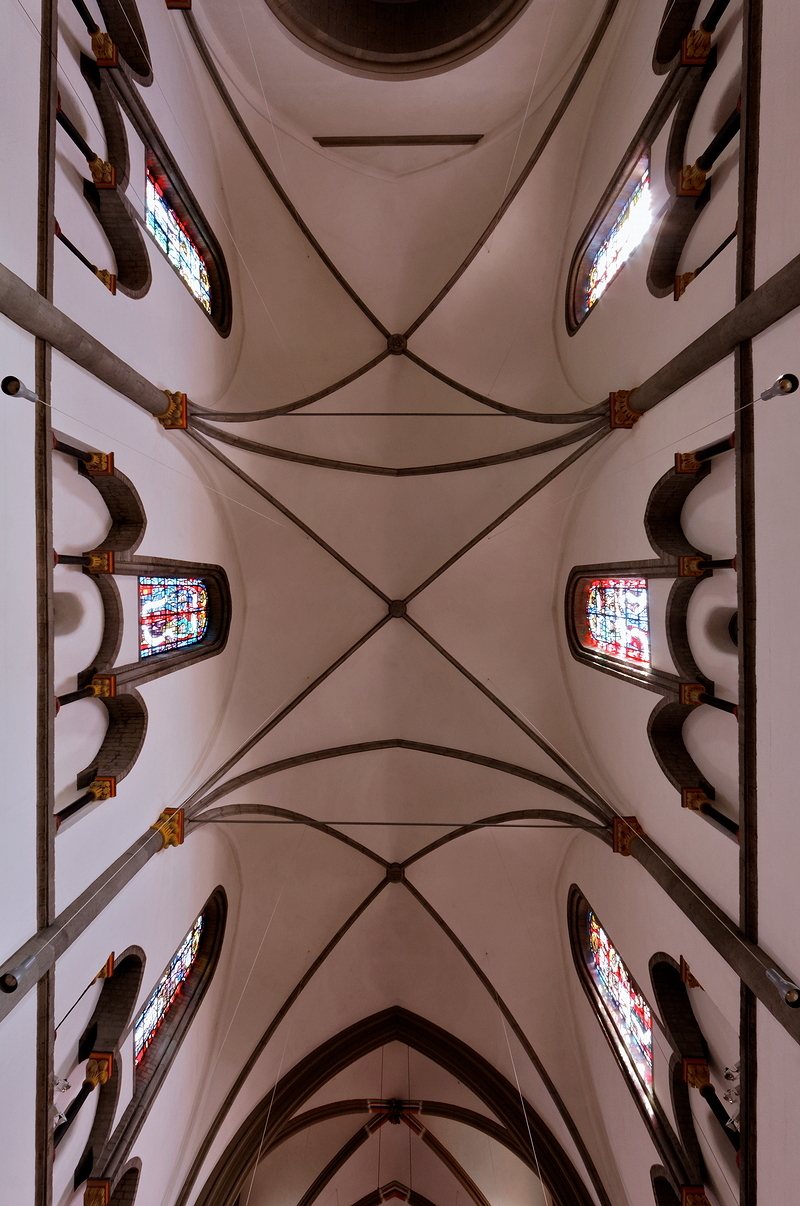 Posted by MadScientist (Düsseldorf, Germany) on 15 January 2012 in Architecture.

So S&P (and of course our special friends, the hedge funds) try to increase the pressure on Europe. Sixty years of peace in central Europe are enough anyway, and wasn't the Great War already a big correction system for the world's economic tensions? I'm sure that political economists of the future will know how to explain the things that are going to happen this year.

A good opportunity to ignore the absurdity of our era and to admire the simple but beautiful ceiling of St Vitus, when the economy was dependent on the emperor's whimsies alone.

Wars (real wars) are the ultimate correction and are, currently, overdue . . . they generate production and, afterward, the rebuild and renewal.

@Ronnie 2¢: I remember an article in an insurance magazine from the 1880s, a time of world-wide economic crisis, where the author drew a picture of a 'great universal war' which would equalize the world's imbalances. The Great War didn't come unexpected.

so bring back the Emperor, I say!

@Ted: Difficult. The last one was an idiot, the last good one is long-gone, and this one is still sleeping!