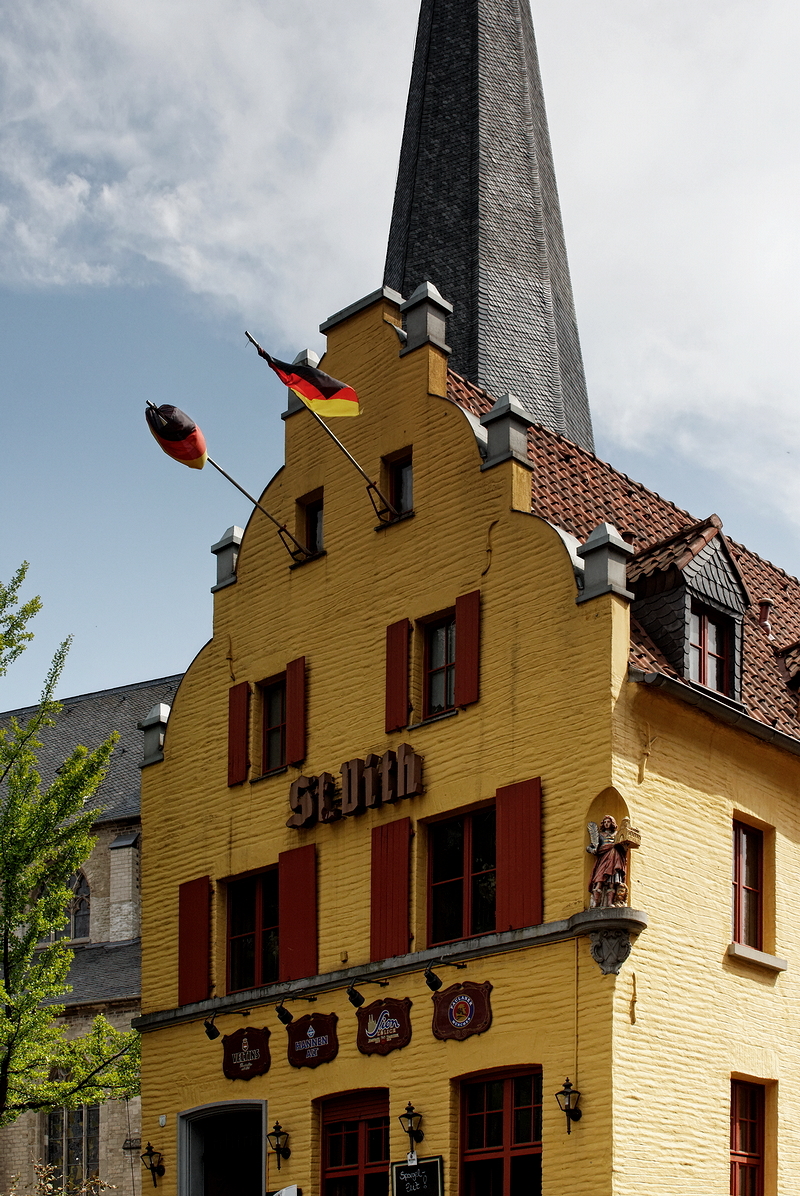 Posted by MadScientist (Düsseldorf, Germany) on 22 January 2012 in Cityscape & Urban.

The core of this building is much older than this early 17th century building. When French troopers crossed the border in 1794 and occupied the Rhineland, they also imported the new principles the French Revolution had established. Much to the regret of the Church: the Benedictine abbey was closed, the last 31 monks had to leave the city; their splendid library was first plundered, the rest destroyed. There were plans to demolish St Vitus, but this could be prevented. 1798-1814 the mairie Gladbach was part of the canton Neersen of the arrondissement de Crévelt in the french département de la Roer. The abbey's guest house, St Vith, one of Mönchengladbach's oldest buildings, is still a public house and restaurant.

Could spend a good part of a day just looking at the details in this old place. Love that little figure in the niche on the corner . . must be a word for that : 'angulus' ? - my Latin was long ago.