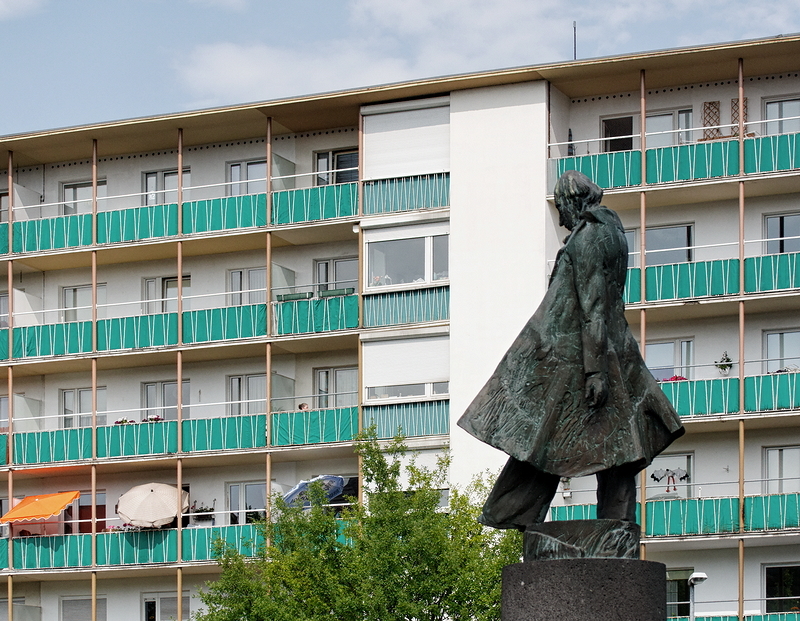 Posted by MadScientist (Düsseldorf, Germany) on 28 January 2012 in Cityscape & Urban.

Running to 88 pages, the master plan of Mönchengladbach is telling us about a bright future. It's quite interesting to browse through the pages (you will recognize some buildings if you followed our little excursion), and it's a typical document for many cities in Western Germany: 20 years after the reunification the Western part of Germany shows visible signs of neglect. While many billions were spent to heave Eastern Germany to Western standards, this money was missing in the West. Master plans have become the printed fantasies for the future of many cities. There's also one for Cologne, and Düsseldorf will keep its construction site status for at least another three years. The situation is completely different from the 1990s: while this was a period of economic growth and upswing, we're now living in a period of crisis. Many cities are now heavily indebted and running into danger that most of the fantasies stay - fantasies.

An enforced pause like this is a great time for dreaming, though . . I seem to recall a grande scheme for a glass arcade structure close to this place . . dreams are often sweeter than the reality.

@Ronnie 2¢: Yes, the Mönchengladbach Arkaden: fortunately no glass facade! 'The new heart of Gladbach's pedestrian zone'. They hope to have it in 2014.

@omid: Many thanks, omid.