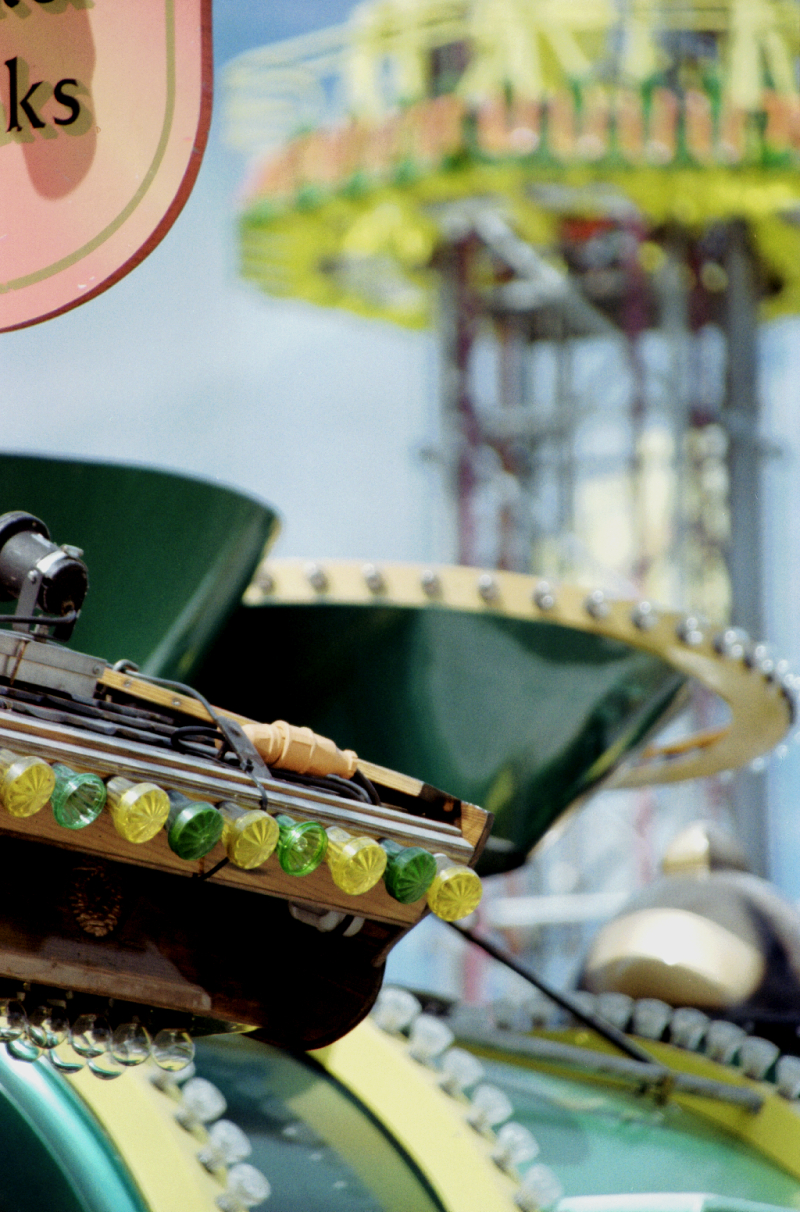 Posted by MadScientist (Düsseldorf, Germany) on 16 March 2013 in Lifestyle & Culture.

Every year the city of Düsseldorf celebrates the biggest fun fair (we call this a 'Kirmes'); actually it's one of Germany's biggest open air festivities. Lots of showmen need several days until all their rollercoasters, tunnels of horror, lottery booth etc. are built up. I've taken this and other shots last year when there was a half week to go; it was hot, the sun was shining bright, and the whole area (it's large!) wasn't populated by anybody but these working showmen and their families. I wondered if it would be possible to take a few shots of this unfinished place, and fortunately it wasn't a problem.

A few days later, when the fun fair started, rain was coming and didn't leave for the following ten days.

(Taken on film many months and developed by me only two weeks ago.)

Eye-catching composition with the use of a shallow DoF! Great colors as well.

@Steven: In the meantime the colours in my C41 process are coming closer to reality. I'm getting better. :-)